Put on a Condom 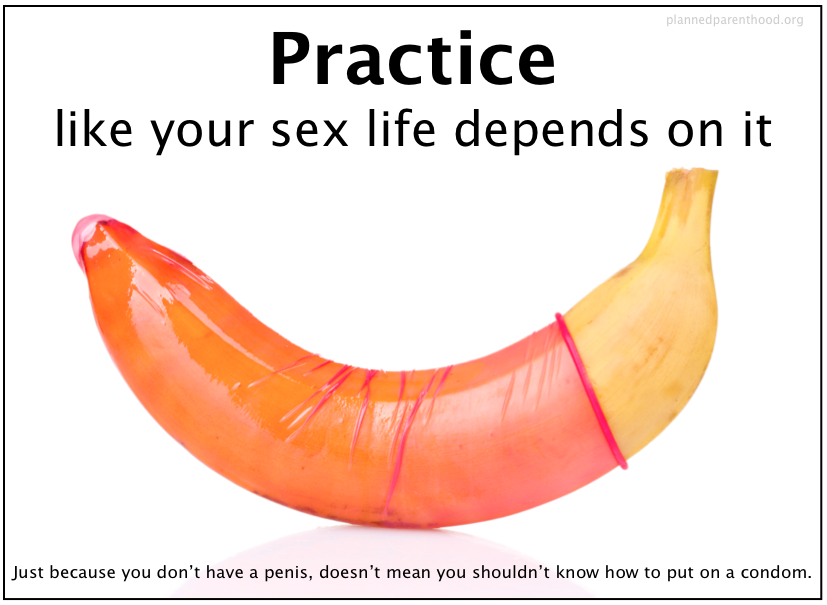 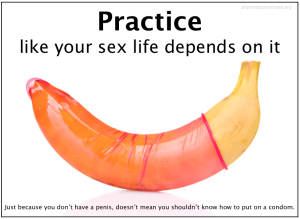 So you’re about to have sex, and you’ve made the smart choice to ‘use a condom (aka rubber). In order for a condom to work properly, that is, prevent STD’s and pregnancy, it needs to be used properly. Also note, most condoms are made of latex. If you have an allergy to this material, make sure to get condoms made of polyurethane plastic.

Before You Put on a Condom

2. Make sure the condom you have is one which is marked to adequate safety standards (In Britain, they have the BS EN 600 “Kite Mark” on them, which looks like a heart with an “S” in the middle), and that it has not expired from having it in your wallet for three years “Just in case”.

3. If you’re not using a lubricated condom, get a lubricant. Remember that oil-based products are known to erode condoms: no “Vaseline” or “Petroleum Jelly.” Use a water-based lubricant, like “Astroglide” or “KY.” If you don’t have some form of lubrication, expect to chafe: and that hurts. Why do you think vagina are warm and wet? Take away the wet: you will not enjoy the experience.

Putting on the Condom

1. Make sure you are fully erect: otherwise, the condom will most likely fall off. If you are uncircumcised, pull back your foreskin from the head of the penis.

2. Condoms have a tendency to roll on one-way, but that way isn’t exactly labeled. If you roll it on and it feels “short,” take it off and replace it with a new one: something isn’t right, and it will probably fall off during sex. If you are prodigious in precum and slather the rubber while putting it on, you may need to rinse it off or replace the rubber: there is continued debate as to how often sperm is present.

3. A good condom should fit snug, yet not too tight: if you look around online, you can get sized condoms. Too small: not enjoyable, and may break. Too big: you’ll have to hold it the whole time, or it will fall off.

If you worry about diseases you can help the first little bit with fingers and then use lips without any lip to cock contact.

Very simple: hold on to the condom when you enter your partner; their body should hold it on for you once you’re there. If you feel it coming off, don’t be afraid to check it: better safe than sorry.

Endgame
After ejaculation, remove your penis while holding the condom. Do so before you get flaccid, to decrease the chances of slippage. Keep your penis and condom away from your partner until you can dispose the condom and wash off the penis.