How to Tickle Your Way to an Orgasm 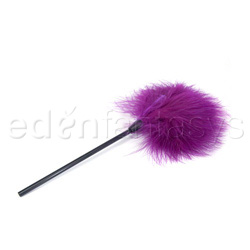 Tickling is one of the most underrated sexual activities and this is unfortunate because many couples with sexual problems could have benefited from it. Tickling is an activity that requires actual contact with a particularly sensitive area in a person’s body. Sexual tickling could be a trigger for arousal or be part of foreplay. In a lot of cases, tickling is also applied as a mild form of torture between BDSM-loving couples.

What to Use for Sexual Tickling

When you tickle somebody, you typically use your hands to do it. That could do just as well when it comes to sexual tickling but if you want to enjoy more satisfactory results then consider using your tongue, a tickler…or all of the above! 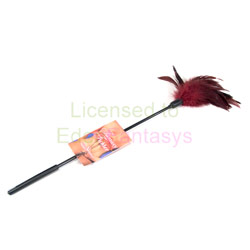 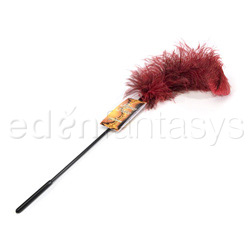 This Sportsheets tickler comes in shades of teal, red, purple, burgundy, blue, and black. Its exotic appearance makes it great for costumed roleplaying between the sheikh and concubine. 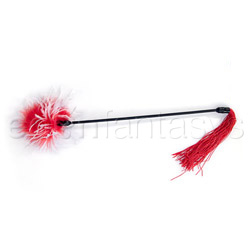 The length of its plastic shaft is more than sufficient for most couples, ensuring a slip-free grip for all kinds of activities. You can use it to flip from one side to another, depending on your mood. If you’re feeling merciful and your slave has done a good job pleasing you then it’s the tickler for him or her. But if your slave needs a little negative reinforcement, it’s time to punish your slave with a little whipping.

The whip head is made of several rubber tails, which allows for soft and tender caresses as well as hard and sharp lashes.

The Whipper Tickler is also latex and phthalates free as well as made of food-grade and hypo-allergenic materials, making it safe to use with any oral applications. 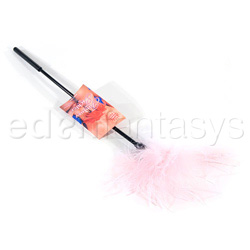 Our last product from Sportsheets is another fantasy tickler: the aptly named Fluffer. As you can guess outright, this tickler works best with a little fluffing and by that, we mean letting the tips and sides of your tickler flutter against your spouse’s body before hitting the most vulnerable spots and causing them to swell beautifully in response.

Tips for Using Your Tickler

Now that you’re armed with the best tickler, it’s time to learn a few tricks of the trade.

This will prevent your partner from guessing where you’ll come from and what your next target area is. Also, remember that anticipation in itself is stimulation and any additional stimulation never hurts. If there’s no way to blindfold your partner then switch off all lights until the whole room is plunged into darkness. Yes, it’s going to be tough for you as well, but don’t worry you’ll manage.

Avoid the ticklish zones of your partner’s body and focus on overall caresses first. Let your tickler brush against your partner’s skin all over. Choose random places. It doesn’t matter where because the sensation will be just as sensitive anywhere.As you make your move, try to keep quiet. Breathe evenly and keep your movements slow and steady to avoid any rustling noise.

Later, you can torture your partner more with relentless tickling but for now, it’s best to keep things light and fun. Switch the tickler from one hand to the other so that your muscles won’t inadvertently ache.

Use hands and mouth.

Put your tickler to rest – just for a while – and resume with “normal” foreplay using your hands and mouth. Linger on kissing the most erogenous zones of your spouse’s body.