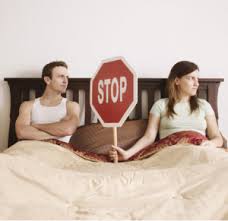 What would cause a woman to have difficulty reaching orgasm?

Anorgasmia – the inability to reach orgasm – is a complicated issue. Most often, it is related to anatomy and technique. Most women (according to some research, as many as 75%) need direct stimulation of the clitoris to reach climax, and vaginal intercourse usually isn’t the best way to provide that.

Other factors can interfere with orgasm, too, such as pain during sex or psychological issues. Research shows this problem sometimes actually relates to a failure to recognize orgasm when it occurs. In other words, some women will physiologically show signs of orgasm when monitored but still report not having orgasm. This may be due in part to unfulfilled expectations – the idea that orgasm must be an overwhelming and dramatic experience even though it is sometimes quite subtle.

How is the clitoris best stimulated?

Women report having orgasms through many forms of lovemaking, including caressing or kissing of the breasts. Some report that even fantasy can bring them to climax. Perhaps the most talked about “extraclitoral” site for stimulation is the Grafenberg spot (G-spot), said to be a cushion of tissue that can be felt an inch or two up on the forward (anterior) vaginal wall. The G-spot is named for German gynecologist Ernst Grafenberg, who was the first to hypothesize both its existence and that it plays a key role in female sexual response. (If a woman is trying to locate her G-spot, she may need to squat or lie down and bring her knees up to change the position of her pelvis for easier access.) Researchers disagree on the strength of the scientific evidence for the G-spot, but significant numbers of women report that continuous stimulation of the designated area can lead to orgasm.

Does it get easier for women to have orgasms when they get older?

Yes. According to the 1990 Kinsey Institute New Report on Sex, women tend to be most orgasmic in their 40s, while males experience their greatest frequency of orgasm during their teens to early 20s.

How is female anorgasmia treated?

In the context of partnered sex, experimentation may include the same types of exercises with the aim of discovering which areas are the most sexually arousing. Vibrators can be used as part of this exercise as well. For intercourse, sex therapists stress that experimentation with various positions can show couples how to maximize stimulation. The woman-on-top position, for example, can help women control the angle of penetration to stimulate the clitoris or the G-spot.

If no physical cause (or deficit) can be identified, a number of different psychological issues may need consideration, including potential psychological and emotional blocks. Some women (and some men) suffer from anticipatory anxiety: They want an orgasm so much they fail to relax, breathe normally, and let it happen. Talking through the issue with a partner and a specially trained professional, such as a sex therapist, will probably help. But it’s important to stress that anorgasmia is not usually “all in the head.” It has to do instead with an individual woman’s physiological response to stimulation or the sexual technique of the couple. 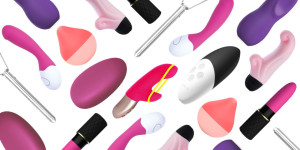 Used properly, they are quite safe. Electric vibrators have been around since the late 19th century and continue to evolve in sophistication and diversity. Vibrators can be found in a variety of retail outlets: drug stores, sex boutiques, specialty catalog/mail order companies, and (of course) the Internet.

Many people assume that vibrators are designed for insertion, but only a portion of the devices work this way. Vibrators that can be inserted, however, do raise safety issues with regard to infection. These devices must be cleaned after each use to avoid contamination. Equally important, small vibrators that are inserted can become “lost” in the vagina or anus if misused.

Can vibrators desensitize you to normal touch?